This film could be interesting. Or, then again, it could be crap.

The full title of the film Something Unknown is Doing We Don't Know What comes from a quote by Sir Arthur Eddington referring to the the Uncertainty Principle in quantum physics. The film is about the science behind psychic phenomena.
Posted by Matthew Smith at 09:24 1 comment:

Some initial results from Prof Wiseman's happiness experiment were announced yesterday. It seems that on average we, as a nation, were about 7% more cheerful at the end of last week compared to the beginning of the week. So there. This was determined by way of a couple of polls undertaken at the start and end of the week. Of course, it's not possible to determine how much, if any, of this increase in the nation's happiness might be attributed to the science of happiness experiment. 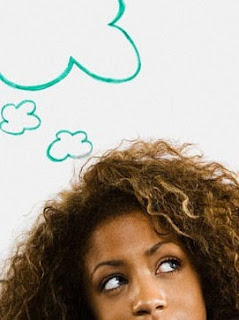 Participants in the study were assigned to one of five conditions. Four of these groups were asked to spend a few moments each day engaged in an exercise that previous research had indicated might influence feelings of happiness. One group was asked to use those moments to focus on expressing gratitude for one thing in their lives (this is the group I was assigned to) while a second group spent the time simply smiling. A third group was asked to carry out an act of kindness and the fourth group was instructed to recall a pleasant event from the day before. The remaining participants were in a 'control' group in which they were asked to just think about the previous day's events.

More than 26,000 people took part and it would seem that reported levels of happiness in all groups, including the control group, increased over the course of the week. So everyone's a winner! The biggest increase was seen in the group asked to recall a pleasant event from the day before. They showed a 15% rise in reported happiness over and above the folks in the control condition.

The difficulty is that even if these kinds of exercises do have an impact upon perceived happiness, and the initial results from this study seem to suggest they do, then the effects are likely to be rather transient and so many other things will have a far greater impact on our how we feel on a particular day. And are we dealing with underlying 'happiness' or whether we're in a good mood?

Still hats off to Richard for attempting such an ambitious project!
Posted by Matthew Smith at 10:31 3 comments:

The price of wisdom

Am I being a grumpy old man or is 50 quid a lot to pay to listen to a talk? It's the ticket price for An Evening with Deepak Chopra at the Bridgewater Hall in Manchester next month. I'm sure it would be very interesting and uplifting, and I'd like to go, but £50 seems rather steep, don't you think? 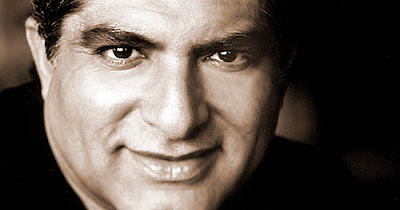 Deepak Chopra has written over 50 books on spiritual topics ranging from love, healing, life after death, and so on. Indeed, two of his books are sat on the bookshelf in front of me (SynchroDestiny and The Book of Secrets). So maybe he can justify the £50 price-tag and I'm sure he'll fill the 2,400-seater hall. But it is a shame that he (or rather the organisations surrounding him) is charging a price that will mean a lot of people who would really benefit from hearing what he has to say are put off.

Anyway, if you're not put off, here is the link to the event via which you can book a seat. I doubt I'll end up going myself, but if I do I'll be the one tutting under my breath and moaning about the price of the ice-creams.
Posted by Matthew Smith at 10:29 8 comments:

Compared to this time last week, are you more or less happy than you were? It's hard to tell isn't it? Unless, of course, you've taken part in a scientific experiment to measure just how happy you are. Well, I have. And I'm, er, still not sure if I'm any happier or not. I may have a better idea on Wednesday when some initial results from the study are to be announced.

Did you take part? Do you feel any happier?

The study was being conducted by Professor Richard Wiseman, Professor of the Public Understanding of Psychology at the University of Hertfordshire. I know Richard well having worked as his Research Assistant a little over ten years ago and I have always been amazed at the way his research captures the public's imagination. This particular project is linked to his latest book 59 Seconds, which is "a triumph of scientifically proven advice over misleading myths of self-help" (not my words, the words of Derren Brown).

My copy of the book arrived from Amazon this morning. I'll let you know if it's as good as Derren thinks it is.
Posted by Matthew Smith at 13:54 4 comments:

Joy to the World 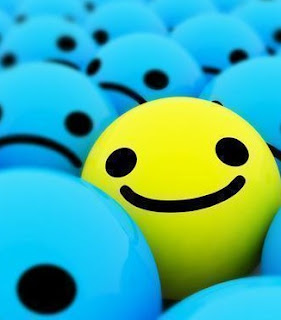 How are you feeling this Monday morning? However you're feeling, my old friend Prof Richard Wiseman is up to his old tricks again and conducting an experiment for us all to take part in. This time he's trying to make the world a happier place. No he's not campaigning for all tapes of The Vicar of Dibley to be burned (though there's an idea...). He is simply wanting as many people as possible to take part in a week long happiness project at www.scienceofhappiness.co.uk.

It will take less than a minute a day to take part and, who knows, this time next week you may be as happy as, or even happier than, Larry.
Posted by Matthew Smith at 08:58 2 comments: