Five days gone. Twenty five to go... 25 more days of sporting what Basil Fawlty once described as a 'hairy bogey'. That's right, folks, it's  moustache season. I have never grown one before but as it is officially Movember, I thought I would have a go. And it's all in a good cause: to raise awareness and funds for men's health including prostate cancer and testicular cancer.

You can follow my progress here. And if you feel like it you can donate a pound or two towards the campaign as well!

I do like a good time-travel movie, and this new one, Looper, starring Bruce Willis and Joseph Gordon-Levitt seems to fit the bill. Here's the trailer:

But while listening to a review of it on Radio 4's, Front Row, another film was mentioned that also deals with time-travel. The reviewers seemed to think that this other film, Primer, gave a more intelligent consideration of the time-travel idea (Looper, after all, is effectively an action movie... hey, it's gor Bruce Willis in it!). Here's the trailer for Primer:

Anyone seen either film?
Posted by Matthew Smith at 00:33 6 comments:

Email ThisBlogThis!Share to TwitterShare to FacebookShare to Pinterest
Labels: movies

Writing this on phone on the train from Prague to Nurnberg. Will be posted when next near wifi. Still blows me away what technology allows us to do via phones, wifi and internet. Two days in Prague were fantastic. Great little apartment in the centre of The Old Town (well done Rachie!).

Yesterday was a full day: crossed Charles Bridge and walked up to castle; breakfast while waving at commuters in trams (Frey got 5 people one one tram to wave back and the driver to flash his lights!); changing of the guard at the castle before getting a rip-off taxi back down to river costing around £25 for a 5 minute ride (hence title of this post); gentle boat trip along the Vltava while enjoying a beer; lunch at the Kafka museum (F on trampoline); short walk to John Lennon wall (pictured) before back to Charles Bridge. Next a treat: a whirlwind sight-seeing tour of Prague in the back of a bright red open top kit car. It's a replica of a 1930's Skoda model. Very fun! Back over the bridge for a rest in the apartment before popping out for dinner beneath the tower that overlooks the old square. Long, tiring, but great fun of a day!

Chance to rest the feet today on the 5 hours train journey to Nurnberg, watching the green English-looking countryside ease by. 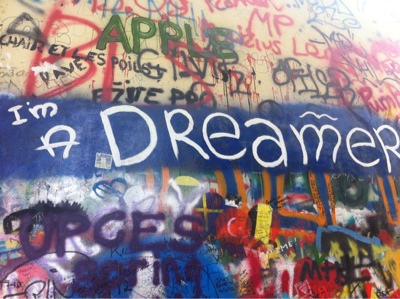 Posted by Matthew Smith at 08:49 No comments:

As we get closer to the Diamond Jubilee celebrations and then the Olympics, it seems that pretty much everyone is trying to get in on the act by including a Union Jack (or should it be a Union flag?) on their products. So, not to be left out... here is a gratuitous Union Jack: 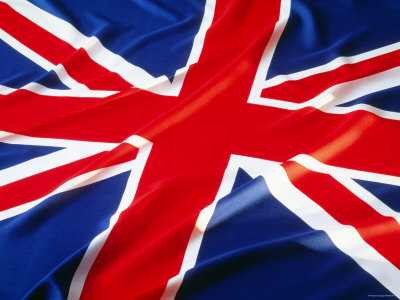 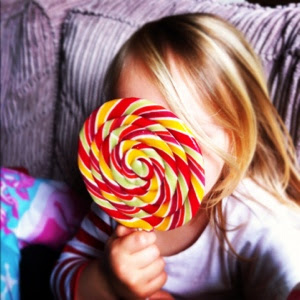 Posted by Matthew Smith at 13:49 No comments:

Look out for the brand new series The Hoarder Next Door on Channel 4 this Thursday, 3rd May, at 9pm. As you can see from the blurb below it's all about compulsive hoarders and how they might be treated through psychotherapy. The best thing about it? The Production Manager. 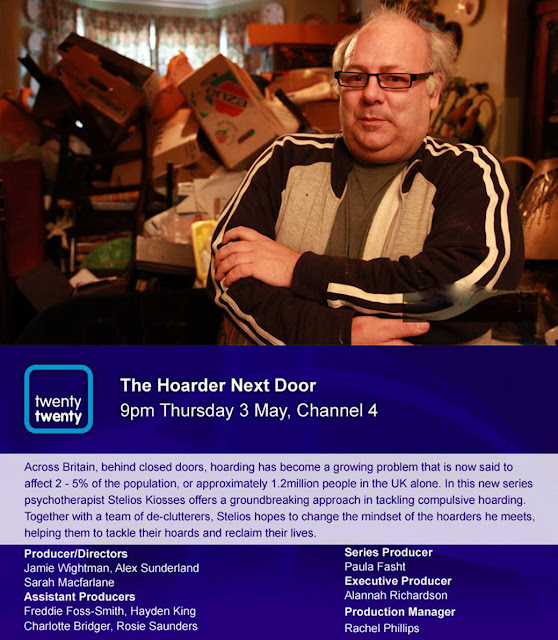 Posted by Matthew Smith at 21:32 No comments:

What do you mean you don't know what 'cosplay' is? Dear oh dear, you really are out of touch. Lucky for you, the country's foremost authority* on the psychology of cosplay isn't far away, as you'll see from the clip below:

*Truth be told, I'd never heard of cosplay either until the students making this short film got in touch asking for a psychologist's take on it. Hey, I didn't want to let them down, did I?
Posted by Matthew Smith at 23:44 No comments:

Email ThisBlogThis!Share to TwitterShare to FacebookShare to Pinterest
Labels: cosplay

We're looking for people who might be interested in volunteering to take part in a research project exploring mediumship. Here's the press release:

A team of psychologists at Buckinghamshire New University are looking for volunteers for a research study in to mediumistic readings, where a ’medium’ claims to receive information from people who have passed away.

The researchers are looking for people to come into the University to act as ‘sitters’ for a reading and then be interviewed about the reading.

Dr Matthew Smith, a Senior Lecturer in Psychology, is leading the project and said the study was looking to rule out the variety of potential ‘alternative explanations’ for the process.

He said: “We are assessing whether mediums are able to give accurate and meaningful information to individuals who are unknown to the medium and under conditions that rule out alternative explanations.
“As psychologists we want to look at this subject in an open-minded away and see what is going on. It is rare for psychologists and mediums to work together in this way, so it is a fairly unique opportunity for people to get involved in something like this.”

Dr Smith is working with fellow psychologists Dr Ciaran O’Keeffe, Wendy Whipp and Caralyn Bains. Dr Smith and Dr O’Keeffe have considerable experience examining ‘paranormal’ claims, and have both appeared on the programme Most Haunted on television channel Living as resident parapsychologists.
To find out more about taking part, contact Dr Smith at matthew.smith@bucks.ac.uk or call 01494 522141, extension 4323.

So, there you have it... if you're interested drop me an email, and I'll send you more details!
Posted by Matthew Smith at 23:39 1 comment:

This is one of those effects where, even when you know the secret, the effect still looks magical. Especially in the hands of Akira Fujii. The cigarettes just 'melt' through each other...

Email ThisBlogThis!Share to TwitterShare to FacebookShare to Pinterest
Labels: magic

Speaking of magicians, our old friend James Randi, magician and debunker extraordinaire, is the subject-to-be of a new film project. The film is still very much a work in progress, and indeed the film-makers are looking for investors. So if you have a few quid to spare, you can donate here. In the meantime, here's the trailer.

An Honest Liar - Work-in-Progress trailer from Justin Weinstein on Vimeo.
Posted by Matthew Smith at 23:23 No comments:

The Magic of Blackpool 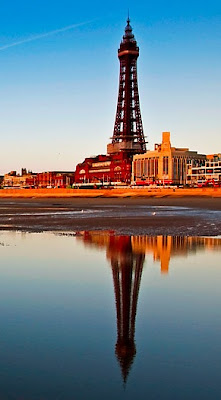 Just the idea of Blackpool on a February Sunday sends a shiver down my spine. But not for the reason you might think. Blackpool out of season for most people would be a rather bleak prospect. Not for me. I have very fond memories from my awkward teens, back in the 80's, when I would go to Blackpool for the Magic Convention in February, and spend the day wandering around the multitude of magic dealers to see what I could spend my pocket money on. Perhaps a magic book or some lecture notes or, more often than not, the latest gizmo that might allow me to perform the latest mind-boggling effect that was flavour of the month amongst my fellow nerds (or, should I say, young magicians).

A few years ago, some 20 or so years after my childhood excursions to the Magic Convention, I dragged Rachel along to the Winter Gardens to experience the spectacle. It was an eye-opener... I got to see many of the same magic dealers, now with more grey hairs and expanded waistlines, performing and selling much the same tricks to a whole new generation of young magicians (or, should I say, nerds). And Rachel got to see me regressing back to my awkward teens as I tried to pluck up the courage to speak to anyone.

The highlight of the day? Well that was actually down the other end of the town at the Pleasure Beach, riding the Pepsi Max Big One. Enough to send shivers down your spine.
Posted by Matthew Smith at 23:42 No comments: