Am I going GaGa? 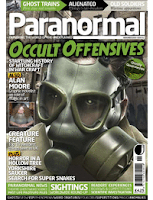 That is the question I have been asking myself ever since receiving an email from the man who runs a website called BadPsychics*.

This article originally appeared in the November 2009 issue of Paranormal Magazine. You can view it in its original format using the widget below!