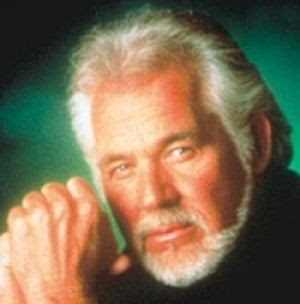 I was looking for information about Jon Ronson's book The Men Who Stare at Goats, and so started to type the title of the book into Google. I got as far as typing "Men who" and of course Google, being Google, suggested the various ways in which this phrase might end. The first surprise was that the phrase I was actually wanting to search for "Men who stare at goats" came up as the first suggestion (with around 298,000 hits)! But I was more intrigued with the other suggested endings to the phrase. Google's second suggestion was "Men who cheat" with 14.7 million hits. Further down the list were the suggstions "Men who can't love" (100 million hits) "Men who have walked on the moon" (4.7 million hits) and "Men who knit"(968,000 hits). What stuck out, though, with 950,000 hits was the suggested phrase "Men who look like Kenny Rogers"!

It would seem that basically having a white beard is enough to count as looking like Kenny.
Posted by Matthew Smith at 23:49