You do the math(s)

So that's how it was done! Deep maths. Should have guessed really, shouldn't we? All that stuff you did at school... that was shallow maths. If only we'd had a few double periods of deep maths and we might have been able to win the lottery! 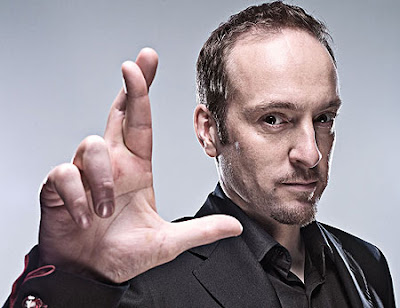 Of course DB wasn't going to reveal how he really did it, but he did give us some plausible sounding 'explanations', including a strenuous denial that he did NOT fix the lottery machine. All of this feeds the ongoing debate over how he really did do it. What amazes me is the number of people, in particular journalists, who seem to be so pissed off that he didn't reveal his actual method! 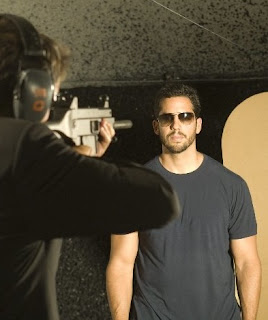 After Friday's show, Channel 4 aired a show featuring that other DB that seems to get under people's skin, David Blaine. This show included more examples of Blaine's street magic where he performs close-up tricks with things like cards and coins and focuses on the wild reactions from his audiences. The exception was the final item: A bullet catch. Traditionally, this has involved catching a bullet between the teeth and is (surprise, surprise!) usually achieved by some kind of trickery. Blaine's version seemed to be a little different. He didn't attempt to catch the bullet in his teeth, but instead held a small metal cup between his teeth and stood there while a fellow magician fired a .22 calibre rifle at him. The high speed cameras seemed to show that is what indeed happened!

Blaine's show was titled What Is Magic? This question is fitting for both Brown and Blaine as they both do a fine job of blurring the line between what is real and what is not.
Posted by Matthew Smith at 23:34