From flukey to spooky! 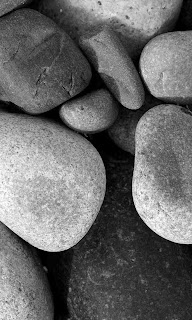 Things got even weirder today. I tried my hand at psychometry, which is where you try to pick up information 'psychically' from just holding an object that belongs to someone. I had four objects to pick from: A stone, two finger-rings, and a watch. I picked up the stone to see if I could 'sense' anything using my new found psychic skills (!)

It was smooth and just felt cold to the touch, but with a little questioning from my 'tutor' I eventually said it made me think of Brighton beach and I could imagine it being picked from the beach by a young girl (the stone had child-like patterns painted on its surface). When asked to suggest which decade it was picked from the beach, I immediately came back with the 1970s, as that would have been when I was a young child. It turned out the stone was indeed from Brighton beach, and was picked up from the beach by a child (a boy, not a girl) in 1972! Not a bad start, eh?

Even more bizarrely, a little later on, when I was recapping on what I had done I jokingly made out that I had really known that it was a boy who had picked it up and, yes, I sensed it was in 1972.

"No, his name wasn't Michael, but that's his father's name and he's the one who gave me the stone," my tutor told me.

"Yes, Joseph is his middle name. Michael Joseph!"
Posted by Matthew Smith at 21:13