Jesus vs. The Beatles 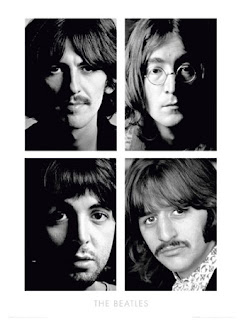 In one of my earliest posts last year I noted that some folks had claimed to have gone and found the coffin of Jesus, and that film-maker James Cameron had made rather bizarre comparisons to the Beatles. It brought to mind John Lennon's comments, made back in 1966 at the height of Beatlemania, that the Beatles were more popular than Jesus.

Last week a Vatican newspaper finally forgave Lennon for his remarks. It's good that it only took them over 40 years to forgive him. Christianity in action.
Posted by Matthew Smith at 22:30